My name is Rich and I've been a DJ since 1994. I started out during the rave scene then went on to play house at various clubs around Leeds, as well as guest spots on Dream FM and Kiss 105.

During the noughties I started mixing hip-hop and became a support DJ for live rap goups and played at hip-hop nights and a couple of festivals.

I started doing live guests spots on People's City Radio back in March 2021 and started my own solo show, Hip Hop Lounge, in October 2021.

I mainly play hip-hop and R'n'B, but can still cut up a wicked old school house and piano set occasionally.
Read more 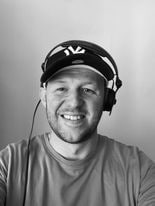